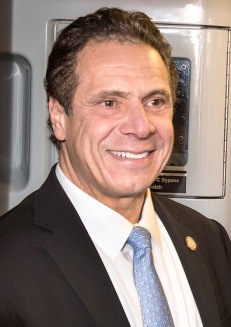 I admit it. I’ve been meeting with Andrew Cuomo every day for several days now. He’s not like I thought he was. It’s one of the best hours of my day.

I’m his age. I’m not some starry-eyed kid. It’s not easy to impress me.

I knew his dad, in fact. A sharp man, and a funny one. An intellect. A kind man, too. But he had a reputation for not suffering fools gladly.

I was a young reporter back then. I’d been warned about Governor Mario Cuomo by my producer.

“Don’t ask him stupid questions. He’ll eviscerate you if you do. But don’t be scared, either. Know your stuff, ask a good question, and he’ll treat you with respect.”

That’s how it worked. And (I’m sorry, Andy) until lately, I just didn’t see that the son had as much of the father in him as he does.

But this emergency, this unprecedented health crisis at a time when there is absolutely no leadership, no skill, and no honesty in the White House, has given Andrew Cuomo an opportunity to shine like he has never shone before.

“The control freak we need right now,” one publication gushed.

“Help, I think I’m in love with Andrew Cuomo,” another writer cried.

I get it. I’m crushing on him a little myself, though it’s in a far more dignified, “Well, how refreshing” kind of way.

I am grateful to have a very part time journalism job with a small local newspaper, which is a gift while real estate is temporarily at a standstill. And, because I’ve been doing news for a long time, I’ve taken on the job of watching the governor’s daily press briefings, done live and with an aplomb that would have made his father proud, and reporting on what’s said there.

He’s been everything I could hope for in a leader.

Andrew Cuomo is organized, he’s on top of things, he’s competent. He’s not afraid to admit what he doesn’t know, and he looks to his team to answer questions he’s not sure he knows the answers to. As he speaks, a stream of comments from viewers scrolls beside the internet feed.

“He just fact checked himself in real time!” one viewer wrote.

“I never liked him before, but if I woke up tomorrow and he was president I’d be fine with it,” another wrote.

I’m not so far gone that I’m going to suddenly elevate him to some ridiculous pedestal and start calling for him to be drafted for the Democratic nomination. Let’s not tumble into hero worship. I’m not sure that would be the right move.

But New York Governor Andrew Cuomo is, without a doubt, the right man at the right time in a state that is under assault. He reminds us that New Yorkers are a tough people, a hardy people, and a resilient people. He has scolded us for spreading rumors. He has called out people who refuse to follow instructions that protect their neighbors from an illness that swept through New York City like the flood waters of Hurricane Irene.

He did a good job when the state got hit by two hurricanes in a row. He’s dealt with disasters before, both as governor and as secretary of HUD. But this time, when there is absolutely no one to trust in Washington, his calm, rational, human response is more comforting than I think he can possibly comprehend.

One publication said that with two words, Cuomo became the leader we all need right now. It was when he ordered the state to basically shut down. He said, “Blame me.”

Accepting responsibility for hard choices. That’s the mark of a leader. It was a reminder of what the best of government can be. And it’s New York’s governor who’s showing the nation how it’s done. I’ve never been prouder to be a New Yorker. He’s making a bad situation much, much easier to handle.

I hope he knows it. I hope he understands that, at long last, there are a lot of people in this state who appreciate him and are counting on him to get us through.

Andrew Cuomo ends each daily press conference with the same line. He stands up and he says, “I’ve got to get to work.”

You do that, Governor. And we’ll be here, thanking our lucky stars that you’re the guy who happened to be in that mansion in Albany at this particular time.

And if anyone’s looking for me tomorrow morning, I’ll be in front of my computer, waiting to hear what the gov’s got to tell us today. 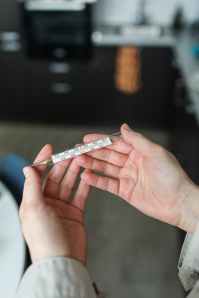 Photo by Polina Tankilevitch on Pexels.com

It’s rural here in the Catskills. Really rural. That’s great when there’s a global pandemic. And it’s not great at all.

I’m in Delaware County, New York. We’ve got a lot of open land. And not so many people. I consider it nothing short of heaven, and so do a lot of people who visit here from urban areas. In scary times, it looks even more attractive. And safe.

But there’s a downside.

This county doesn’t have a hospital that can handle ICU cases. We have a screaming shortage of health care professionals. We have a pretty high population of older folks.

That’s all a bit worrisome.

I see both sides. I imagine if you’re in the city and your thinking now’s the time to get out of the city, you don’t want to hear that you should stay home. Particularly if you own a home here.

Then there’s the question of whether you can act on your desire to buy a home somewhere outside the city now. That’s where I enter the picture.

I want you to know how I am trying to walk that tightrope between helping my clients buy and sell properties, and taking stupid risks that might impact me, my clients, and my neighbors.

First, if you’re a buyer and want to see a house, this is the time the video tour is going to absolutely shine. You’ll see enough to know if you want to see more. And use Google Earth to view the neighborhood. Even if you can only do a satellite view, you’ll learn a lot. Weed out the maybe’s from the no-way’s before you ask for an appointment.

I’ll do as much as I can via video and phone. All realtors are trying to limit personal interactions as much as possible.

I’m doing listing appointments virtually. No need for me to haul whatever germs I may have into someone’s home to discuss listing their home. I can talk with them, answer questions, and hopefully convince them I’m going to work my butt off for them without shaking their hands or even walking through the door. My hope is they’ll appreciate that I’m putting their health first.

I’m giving my seller clients the option of showing or not. If they have reasons to be particularly vigilant, whatever they are, I respect that. I hope you do, too.

I’ll be wiping down doorknobs and asking everyone to cover their shoes. It may seem like overkill, but better that than making anyone sick.

Realtors are being asked to limit interactions by lawyers, so I’m not going to closings. I’m limiting my presence at inspections, too, much as I’d like to be there. It’s not worth the risk.

Risk vs. Reward. Think about it. We’ll be here when this is over. There will be a place for you and a buyer for your home. Give it just a little time, let’s get everything under control, and then get in touch.